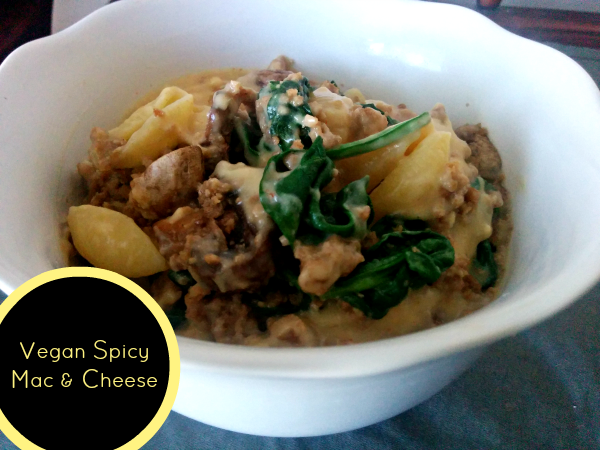 Hey guess what??!!! Vegans have comfort foods too!!
This little treasure has become a favorite among my non-vegan friends and family! I think a lot of people are scared away from veganism because they are creeped out by all the strange looking foods with the weird names that we eat. So I fool think with a normal looking dish and get them hooked! Then afterwards I'll reveal the funny named ingredients :P

The "cheese" sauce in this recipe is very thick and creamy. It's almost like the Velveeta Shells and Cheese but ya know without all the nasty cow stuffs. 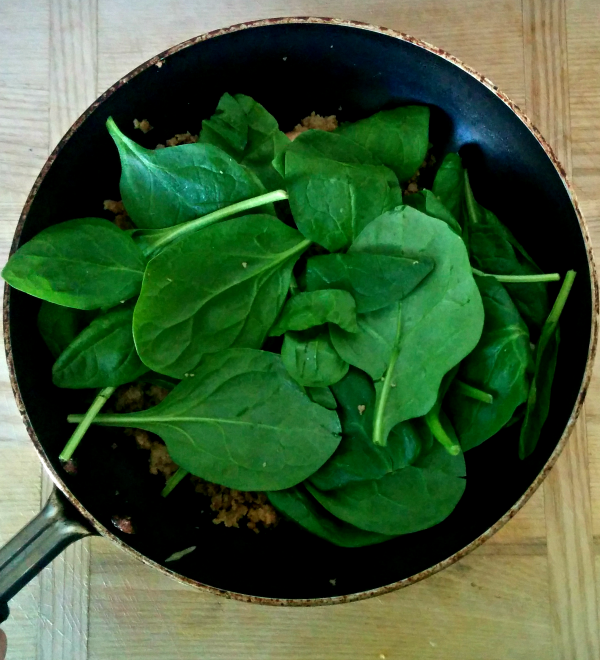 Ingredients:
1/4 cup Earthbalance (or any other vegan butter substitute)
3/4 cup flour
2 cups of almond milk (I use the 30 calorie variety from Almond Dream because I find the 120 variety too sweet)
1/4 nutritional yeast (Bragg's or Red Star are great brands!)
1 tsp soy sauce or the Bragg's alternative
1 1/2 tsp salt
2 tsp cayenne
1 cup sliced mushrooms
1 cup of fresh spinach
2 cloves diced garlic
1/2 cup Seitan (In this example I use a pre-cooked variety)
1 tsp olive oil 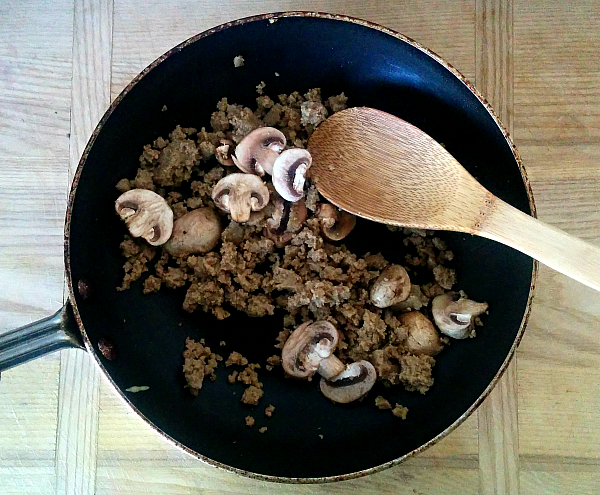 Instructions
1. Completely melt Earthbalance in a medium sauce pan on medium heat.
2. Whisk in flour gradually until a roué is formed
3. Whisk in almond milk, nutritional yeast, salt, cayenne and soy sauce.
4. Increase heat to high and let the sauce come to a boil.
5. As you are waiting for the sauce to boil begin cooking the garlic in olive oil on medium heat in another pan until golden in color.
6. Then add in your mushrooms and pre-cooked seitan.
7. Once the mushrooms are soft and reduced in size add in spinach and cook until spinach is reduced in size and has a wet texture.
8. Once the sauce reaches a boil reduce heat to low and continue to whisk as it thickens.
9. As the sauce is cooling you can add in more flour if it is not as thick as you prefer. I whisk in 1/8 cup of flour at a time. Just remember that it will thicken a little more as it cools so be careful not to add too much flour and make it goopy!

Note: In this particular example I add spinach, mushrooms and seitan to my mac & cheese, however I also am very fond of other combinations like broccoli and mushrooms and I'll even just eat it with just the sauce and pasta if I'm feeling particularly lazy! I also am known to eliminate the pasta all together and just eat this cheesy sauce over some cooked veggies. This recipe can be made gluten free by substituting the flour for corn starch or any other gluten free thickening agent such as agar. Just slowly whisk in this substitution to the melted Earthbalance until you reach the consistency of a roué. 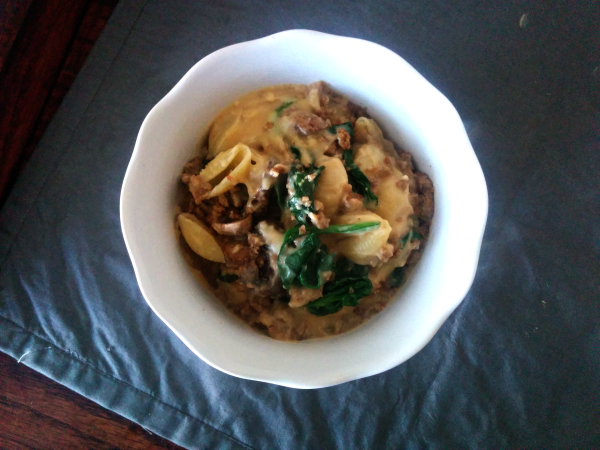