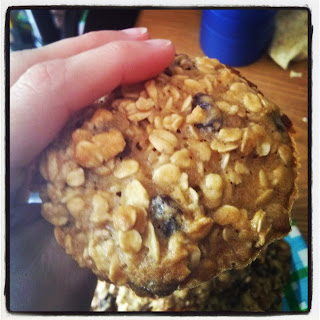 Well  I've had quite the adventure in the last 24 hours. Yesterday was Jacob's little brother's 19th birthday. So we decided to pack up a crew of the birthday boy, his girlfriend and two other friends and take them to Schlitterbhan for some summer lovin' water fun!

The park was GREAT!

We all had a marvelous time struggling in the wave pool and speeding through the river falls.
At one point we were all floating down this river rapids thing when I fell out of my tube. The "river" wasn't deep so I didn't drown. In fact this portion of the river was only a 1/2 foot deep, but the water was moving "rapidly". I fell out of the tube with the most supreme look of surprise and pain as my rear end slid over the shallow bottom of this artificial river.
No worries! My handsome and beefy fiance immediately jumped out of his tube and grabbed onto me and carried me to the next exit pool as the swift waters pushed and tugged threatening to knock him over as well!

Ok so I might have described the situation with a bit more elegance, charm and drama. But in all honesty you will never be able to convince me that my fiance is anything less than a daring hero who risked life and limb to come to my aid.

So we leave the park a few hours later and go grab some dinner. Things are completely fine and we commence the 3 hour drive home. About half way home our car interior lights start flickering and the speedometer drops to zero... yet we are still going full speed at 60 miles an hour! I slow down just as the headlights start to flicker and the car starts to give a hissing sound and we pull into a gas station that was luckily close by.

The day before we left I went through the most terrible ordeal with the mechanics at Walmart to get my battery replaced. Finally they replaced the battery and explained to me that the alternator was fine...

Yet, last night our alternator failed taking out our lights and power at 10pm at night in the middle of nowhere.
Sound dangerous situation?
It was.

Well we had to leave the car there and returned home in the car of one of Joshy's friends who was with us.

Jacob's uncle and Jacob are on the way to pick up the car and Jacob's mother agreed to foot the rental bill for the trailer we had get to bring the car all the way home.

I'm baking these cookies as a thank you to them. 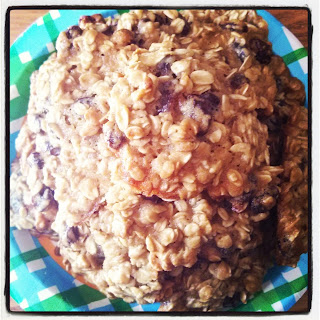 Now I know what you are thinking, "That's one hell of a oatmeal cookie!!!" Don't worry your pretty hair about it! This is really an aerial picture of an entire stack of cookies!

2 1/2 cups oats (if it is too slimy you can add another 1/2 cup)
1 cup raisins
1/2 cup of vegan butter/buttery spread
3/4 cup of brown sugar
1/2 cup white sugar
1/2 cup of applesauce
(I used sweetened cinnamon applesauce, but you can use any kind you like)
1 tsp vanilla
1 1/2 cup of flour
1 tsp baking soda
1 tsp cinnamon
(unnecessary if you use applesauce with cinnamon in it, but I can never have enough cinnamon)
1/2 tsp salt

Heat oven to 350
Combine butter and sugars mixing until creamy.
Add applesauce and vanilla.
Add combined flour, baking soda, salt and cinnamon mixing well.
Add Oats and raisins.
Now form lumps of the dough about a tablespoon in size and place them on the cookie sheet.
Bake 8-10 minutes.
Allow to cool on pan after removing from oven.

Now you and your summer sunburn can enjoy these vegan oatmeal cookies too!