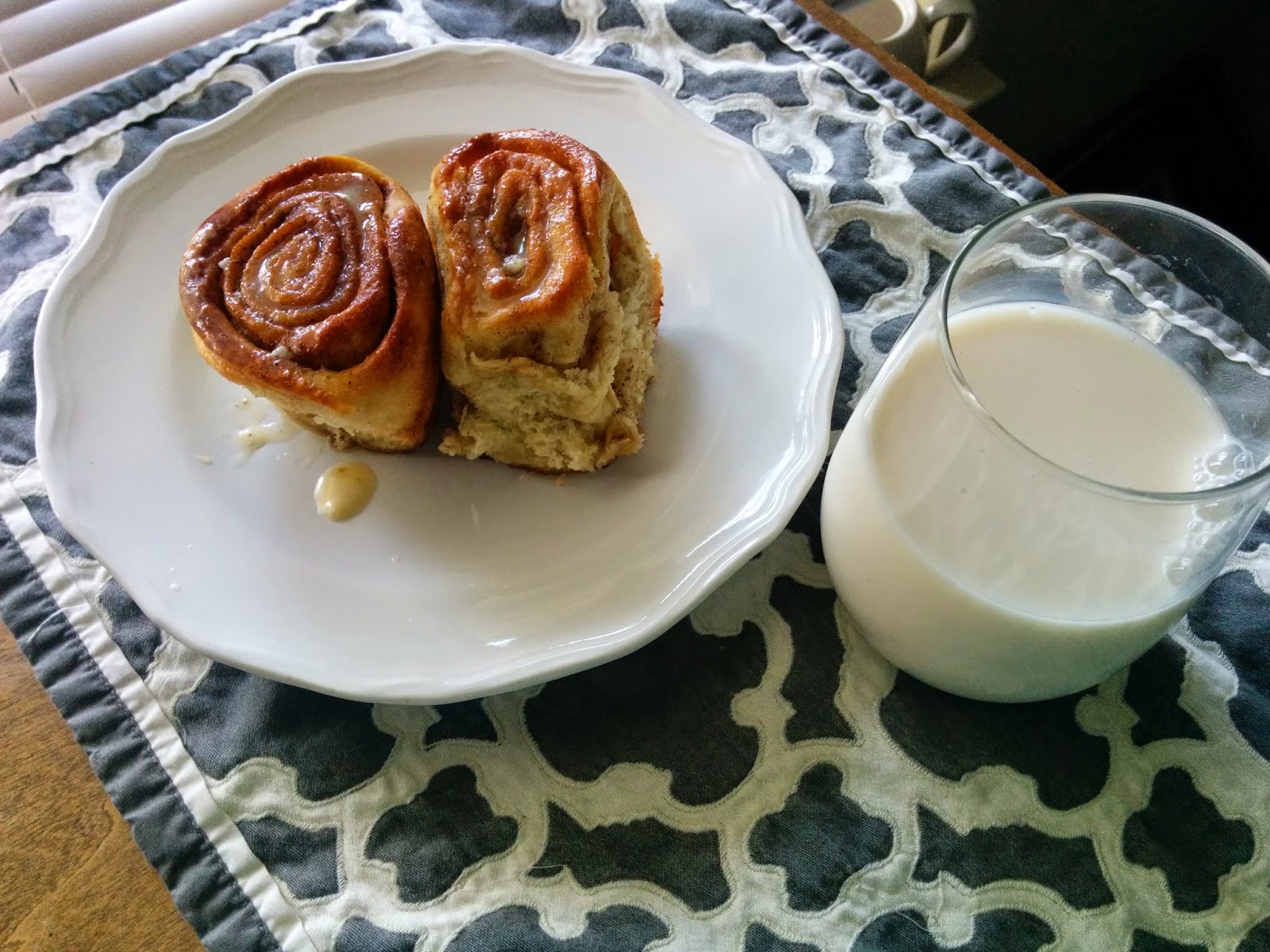 A while back I used to work for this incredible local restaurant in my hometown. It was a wonderful environment to work in and I loved the people there almost as much as I loved the food. 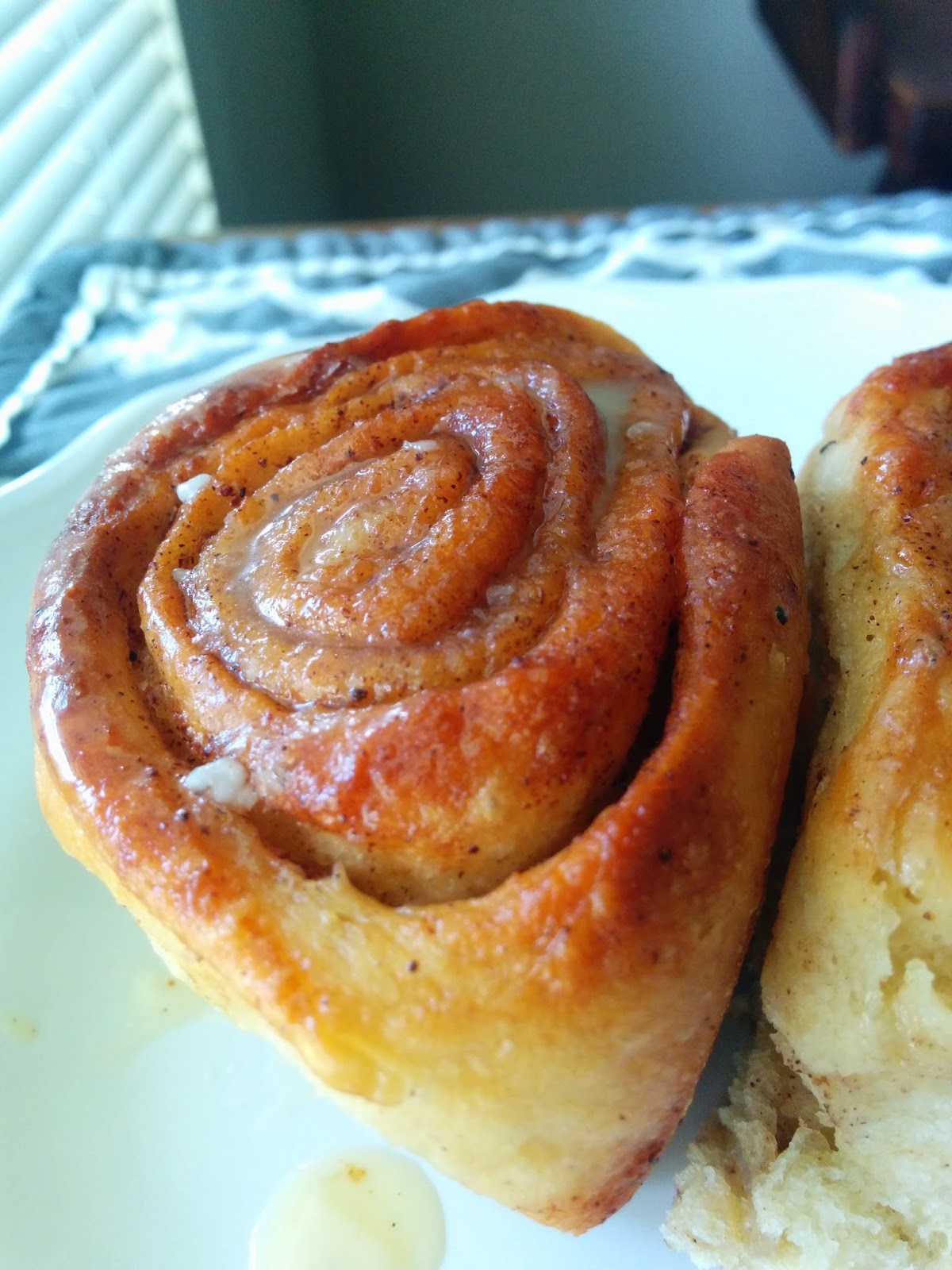 One of my favorite shifts was the breakfast one on Saturday mornings. The smell of coffee and the chime of quiet conversation mingled in the air creating an atmosphere that was both peaceful and joyous. Sometimes right before we switched over to serving lunch there would usually be left over French Toast and the most delicious cinnamon rolls I have ever tasted. This all took place while I was still a vegetarian and since making the switch to veganism I have missed cinnamon rolls ever so much. In fact I missed them so much that on a Sunday night a frantically googled vegan cinnamon roll recipes and then brought them to an evening BBQ.
That's right. I brought vegan cinnamon rolls to a Texas BBQ. I'm not going to say that I basically spoiled my dinner and ate the two cinnamon rolls while waiting for my veggies to grill, but I basically spoiled my dinner and ate two (and a half) cinnamon rolls while waiting for my veggies to grill.
Even those Texas-meat-eating menfolk were impressed, and you will be too!

The original recipe can be found here by the Minimalist Baker


Instructions
1. Heat almond milk and 3 tbsp Earth Balance in either a sauce pan or microwave until the Earth Balance has melted. Pour into a larger mixing bowl or standing mixer.
2. Wait for almond milk to cool to the temperature of warm bath water and then pour in the yeast over the surface of the almond milk. Allow the yeast to activate for 10 minutes and then stir in 1 tbsp of sugar and the salt.
3. Stir in 1/2 cup of flour at a time until the dough is thick and no longer sticky.
4. Transfer the dough onto a lightly floured surface and knead into a ball.
5. Grease mixing bowl with some Earth Balance or vegetable oil and place the dough back in it. Cover the dough and allow it to rise in a warm place for approximately 1 hour. I usually pre heat my oven to 350 for a minute, turn off the oven and then place the dough inside.
6. Roll out the dough into a rectangle onto a lightly floured surface.
7. Melt the remaining Earthbalance and then add in the remaining sugar, cinnamon and nutmeg.
8. Brush the Earthbalance mix over the dough.
9. roll up the dough and then cut it into 1-1.5 in segments.
10. Place in a greased pan and pre heat the oven to 350 degrees. 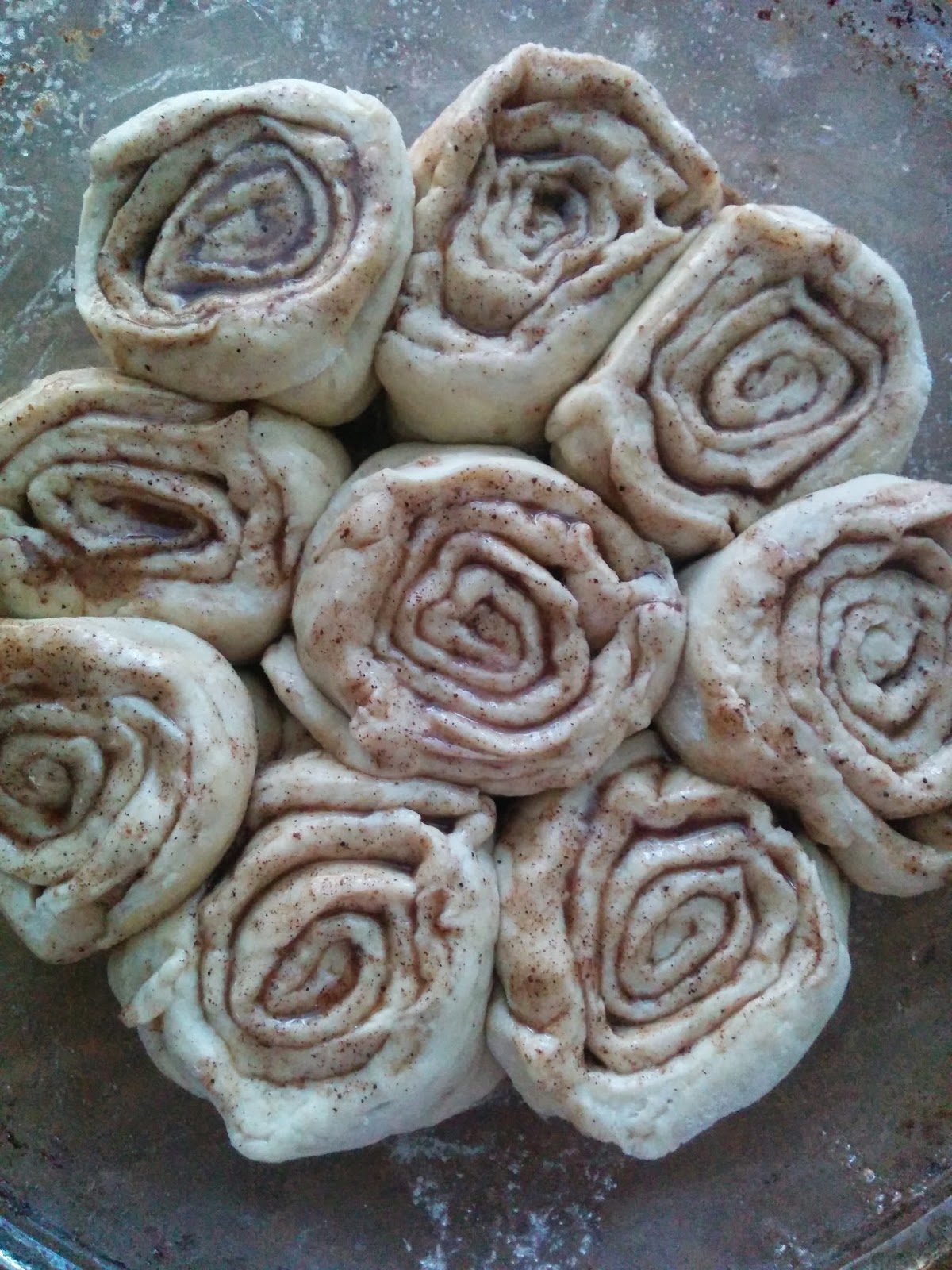 11. Bake cinnamon rolls for 25-30 minutes.
12. You can serve the cinnamon rolls with 1 tsp of Earth Balance melted over it, or you can combine vanilla almond milk and powdered sugar into an icing. 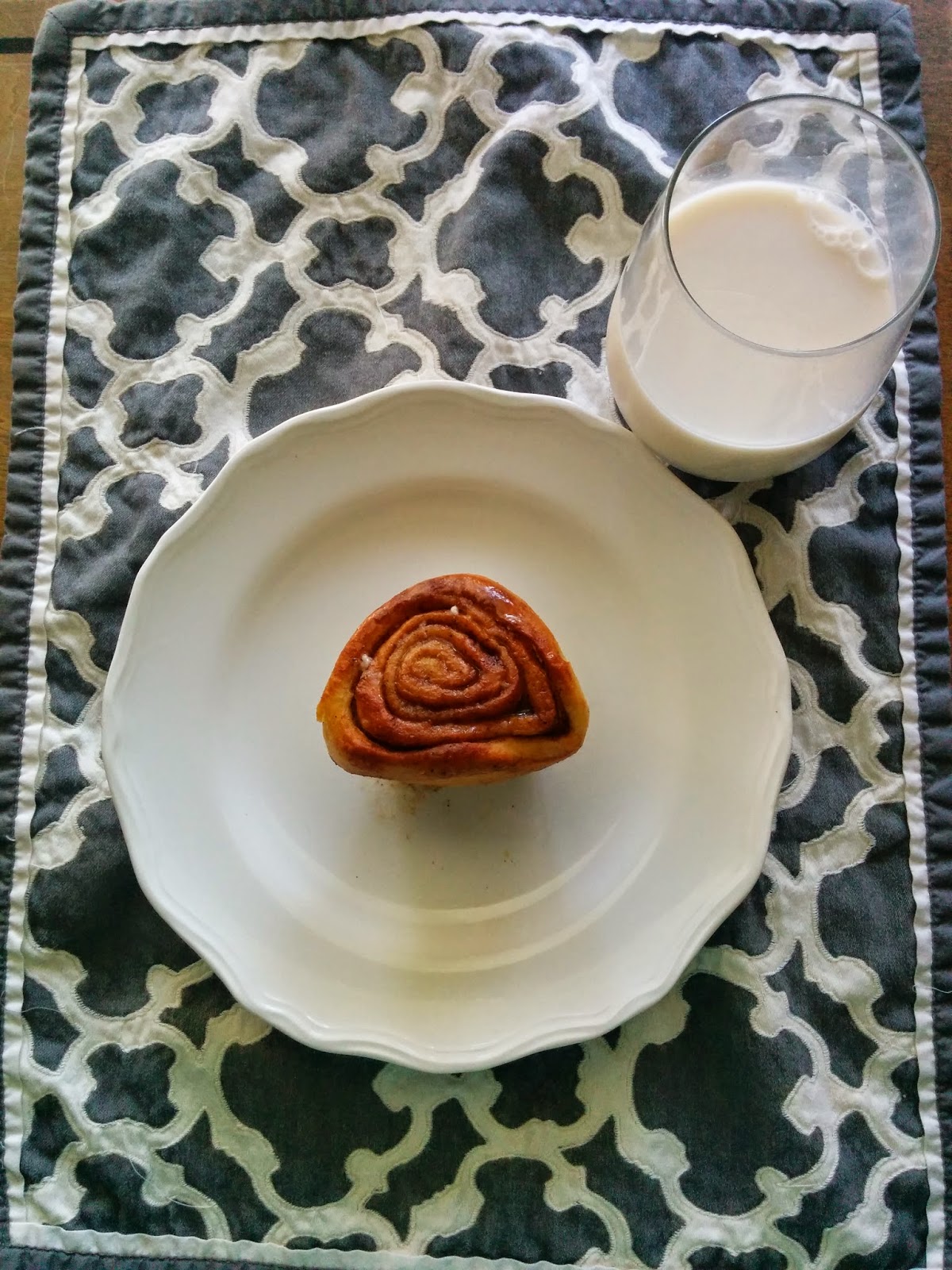 Serve with a cool glass of almond milk and enjoy!