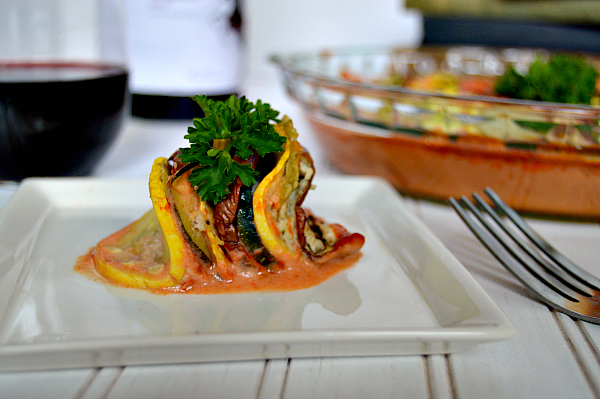 Oh ratatouille let me count the ways I love thee! This delectable dish is the stable vegetarian gourmet dish. Whenever I go to fancy high-end restaurants I am usually offered a variation of ratatouille as a vegan option. So what is ratatouille? Well apart from being an adorable animated feature, ratatouille is at it's core a French peasant dish. Up until very recently in Western history the majority of the population could not afford to eat meat. Meat was a luxury reserved for the wealthy and powerful. Now in the United States the meat and dairy industry is subsidized so that the average person can afford them. This is why almond milk and many other vegan alternatives are more expensive than their traditional counterparts. It is far more expensive to raise, milk and slaughter cattle than it is to grow vegetables. If the cost of meat and dairy at the supermarket actually reflected the cost of it's production a lot more people would be jumping on the vegan bandwagon!

But anyways.... I digress. Ratatouille as it was originally made was just a bunch of chopped up vegetables stewed in some tomato sauce. It was a cheap and easy was to get a large group of people fed and it didn't taste so bad either. Now ratatouille has been elevated to gourmet status. Sometimes you will find it prepared in the traditional chopped way, but more often then not you will see it baked in a spiral of thinly sliced veggies. I could have gone the traditional route without adding anything extra and the recipe would still have been vegan. But I craved adventure and I had just purchased this incredible Garlic & Herb Cashew Cheese by Treeline and I was dying to cook with it. Now this recipe by itself is incredible, but if you want to take it the extra mile pair it with a vegan wine like Yalumba's Shiraz Viognier. You can find a selection of their wines at World Market. I promise you won't be disappointed. 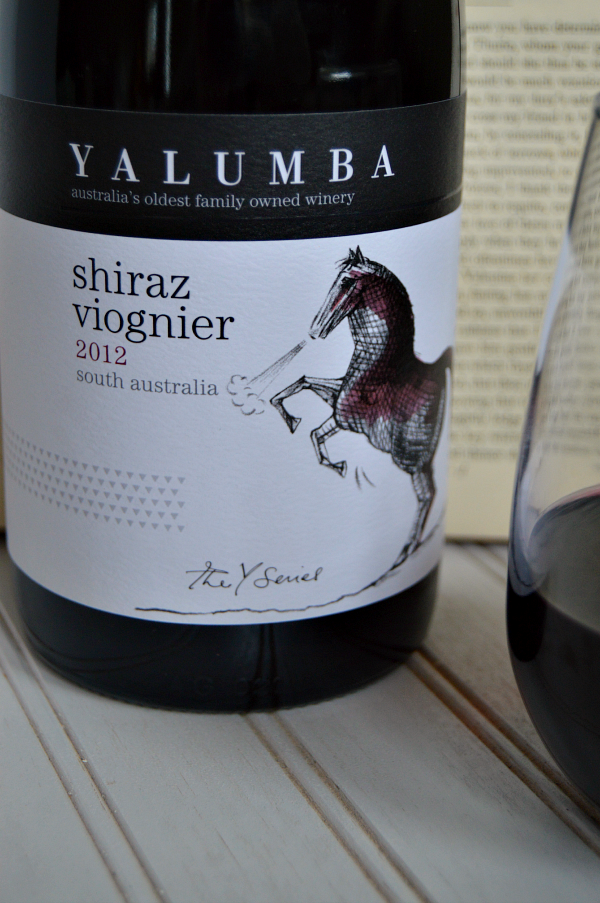 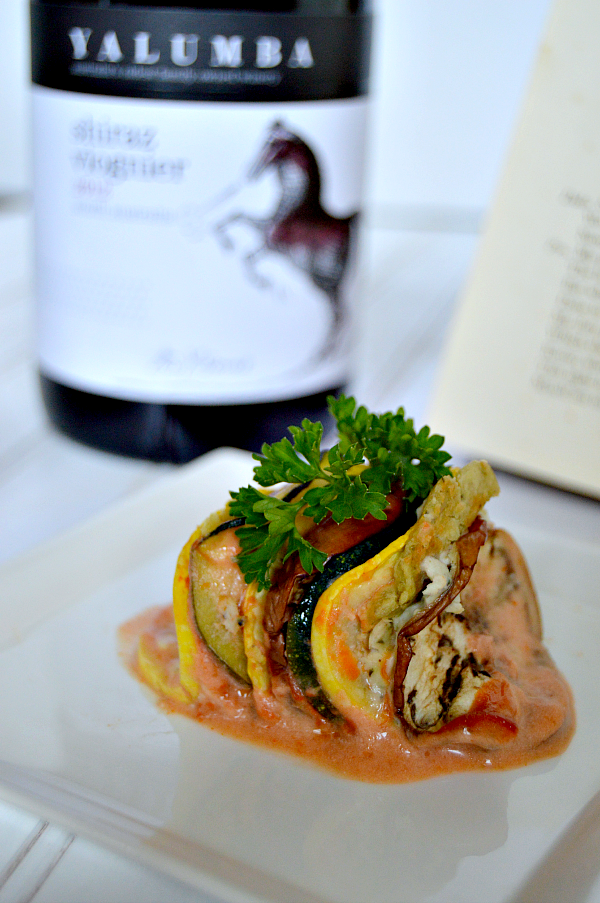 Instructions
1. Preheat oven to 350 and lightly grease your baking dish
2. Slice all of your veggies into thin rounds and your peppers into small squares
3. Place all of your veggies in a large bowl and toss them with 1 tbsp of olive oil
4. In a separate bowl whisk together your sour cream and tomato sauce until completely combined and smooth
5. Line the bottom of the baking dish with your tomato & cream sauce
6. Starting from the center of your dish begin layering your vegetables rounds and spiraling outward. On every 4th vegetable round  spread some of your soft cheese on the round before laying it in the dish. If you have more than 1/4 cup of your soft cheese feel free to spread your cheese on the rounds liberally and more frequently if you desire
7. Bake for 50-55 minutes

Serve warm with your favorite vegan wine and some fresh bread! 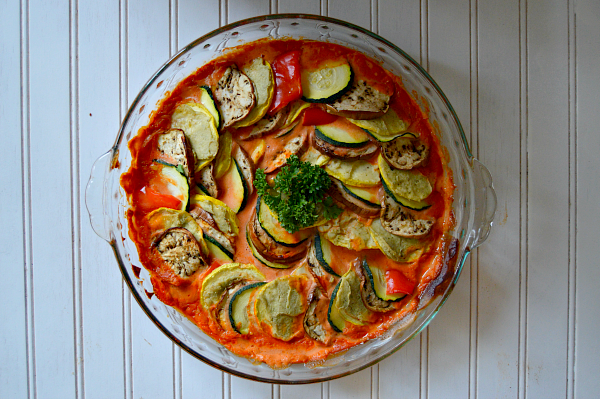