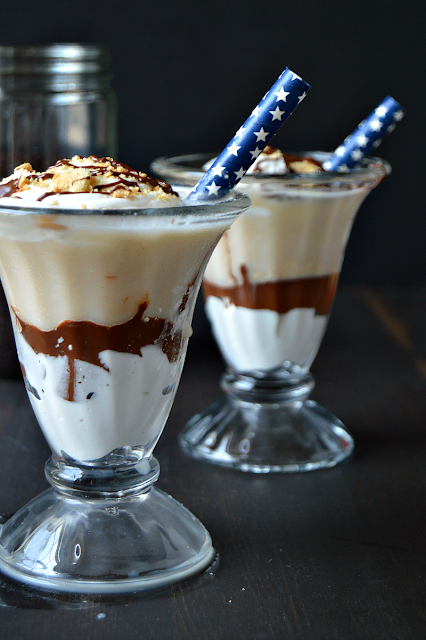 I don't know how it is where you live but s'mores are a big deal in Texas, especially in my family. We love getting together and cozying up near a fire toasting marshmallows on a cool Summer night. S'mores? Vegan? Yes! Actually the last s'mores night I had with my family a few weeks ago was completely vegan thanks to these. Since s'mores are such a big part of my family gatherings I was pretty excited with I heard of Starbuck's new s'mores frappe. Even though I knew it wouldn't be vegan it inspired me to combine my childhood love with my adult addiction: espresso. While I can't say this frappe tastes exactly like the Starbucks one, as it's not vegan and I've never had it, I can promise you that it is a delightful combination of s'mores' wonderful flavor and coffee's get-shit-done attitude. Normal s'mores may get you ready for a cozy night in, but this frappe will definitely compel you to be productive with a child-like creative twist. 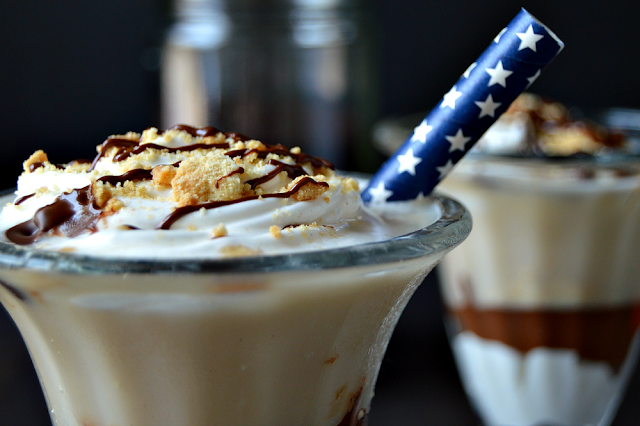 Yields 4 Frappes
Ingredients
1/4 cup chickpea brine (strain the liquid from a can of chickpeas, separate out 1/4 cup then store the rest in your fridge to use in another recipe)
1 cup powdered sugar (I use Imperial Sugar which does not use animal bone char in their processing)
1/4 tsp vanilla extract
1/2 cup vegan chocolate chips
1 1/2 tbsp coconut oil
1/4 cup ground vegan animal crackers
1/2 cup vanilla almond milk
3 tbsp brewed espresso (cooled to room temp or chilled)
2 cups ice

Instructions
1. Pour your chickpea brine into the bowl of standing mixer and whip with the whisk extension on high. Whip for about 10-15 minutes or until stiff peaks form (dip a spoon into the brine and pull it up to make a little peak or mountain of fluff. If the peak stays put and doesn't melt back down then your brine is stiff enough).
2. Add in the powdered sugar 1/2 a cup at a time while continuing to whip on medium speed. After you have added the sugar whisk in the vanilla and increase the whipping speed to high and whip until the stiff peaks reform.
3. While the marshmallow foam is whipping combine coconut oil and chocolate chips in a microwave safe bowl. Microwave in 15 second intervals stirring in between until the chocolate is completely melted.
4. Blend ice, almond milk, and espresso in a blender until smooth.
5. Take four mugs or glasses of your choice and spoon two to three tablespoons of marshmallow whip into the bottom of each. Then layer your chocolate sauce in and sprinkle some ground animal crackers on top of that. Pour your espresso blend over the chocolate layer and top it off with some more marshmallow whip and ground animal crackers
Serve cold. 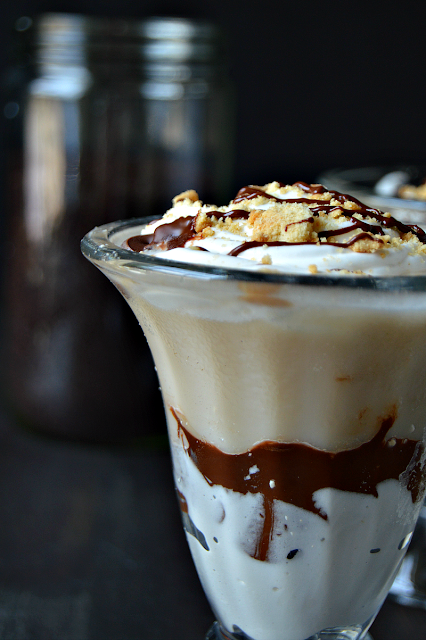