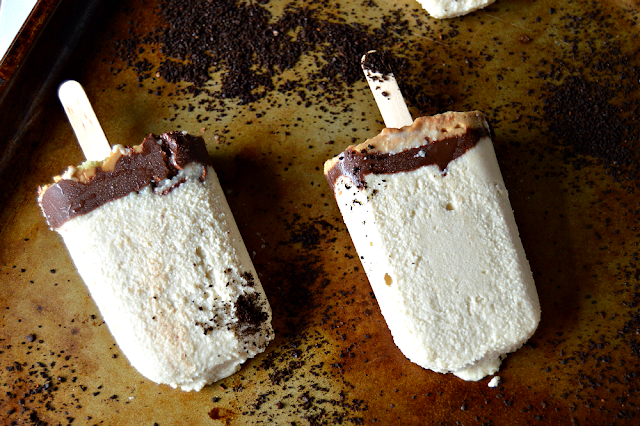 So much like the rest of the population of the world I love tiramisu. I mean honestly what's not to love? Vanilla, coffee, cookies, chocolate? Count me in! Now the traditional tiramisu is about as non-vegan as you can get. Usually it's packed with milk, heavy cream and cheese, so veganizing it seemed a pretty heavy challenge. I entertained several cream substitutes like tofu or a mixture of vegan sour cream and cream cheese before settling on cashew cream. Sometimes I hear frustration from readers or other vegans about the availability of key ingredients in a recipe. Unfortunately, while many vegan substitutes are becoming much more popular and widely available, some aren't quite there yet. In an effort to appeal to people used to being left out of recipes due to this issue, I decided on using cashew cream. 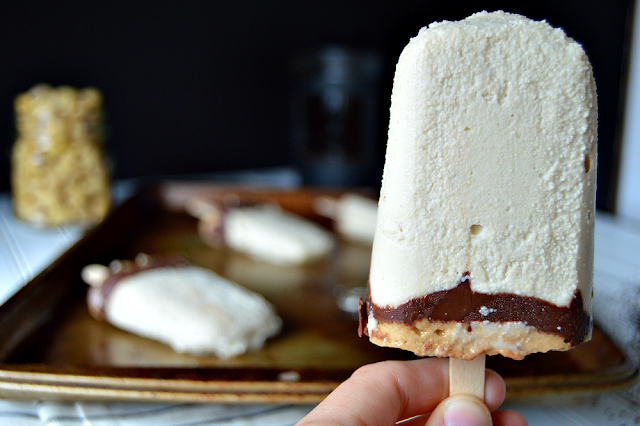 I also thought about whipping up a vegan lady-finger recipe, and while I may do that eventually, it just seemed like an awful lot of work to do just to crumble them up for popsicles. Animal crackers are also pretty widely available. Just make sure to double check the ingredients of the animal crackers before buying them. I got an organic Kroger brand variety from Kroger that was vegan, but I'm sure your local grocery store will have something similar. I opted to layer the chocolate and animal cracker cookies at the bottom but you could easily do several alternating layers of cream, chocolate and cookies if that floats your fancy. 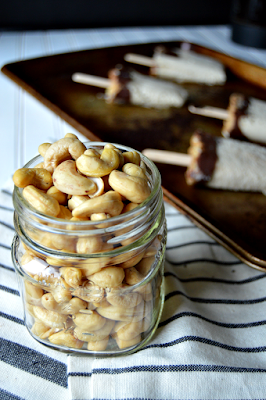 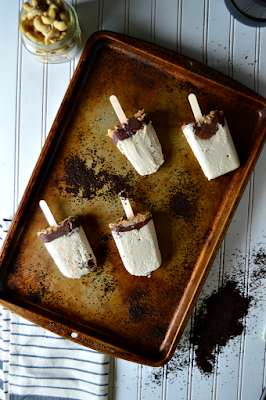 Instructions
1. In a small mixing bowl roughly grind up animal crackers then pour in the expresso and let it soak up for at least 10 minutes.
2. Combine all of the cashew cream ingredients in a food processor and blend for 3-5 minutes or until smooth.
3. In a microwave safe bowl combine chocolate chips and coconut oil. Microwave for 15 seconds then stir. Continue to microwave and stir in 15 minute intervals until the chocolate is completely melted and smooth.
4. Pour the cashew cream into the popsicle molds until it is about 2/3 of the way full. On top of the cashew cream layer the chocolate then the animal cracker crumbles.
5. Allow popsicles to freeze for 8 hours or overnight. If you are struggling to remove the popsicles from the mold fill a bowl with warm, not hot, water then allow the molds to sit in the water for 20-30 seconds before removing the popsicles. 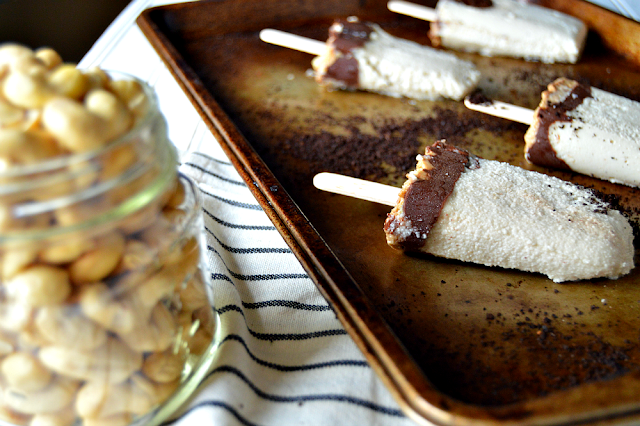