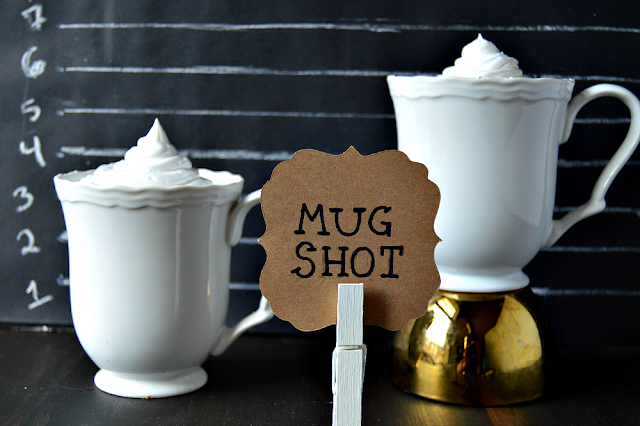 Ya know it's funny I've never been much of a sweets person, but recently, probably by influence of my Italian buff, my chocolate cravings have become unstoppable. Seriously, I used to buy chocolate only when going to see a movie or as dessert if I went out to eat. Now going a day without chocolate seems annoying, unwarranted, and generally impossible. I can easily trace the beginnings of this chocolate obsession. It all started when The Baking Fairy, aka my platonic soulmate, made my Bridal Shower Cake, and subsequently my Wedding Cake. Holy freakin' moly. These cakes were just fabulously delicious. As I said before I'm not the biggest dessert fiend, but let's just say that top layer of cake, you know the one you're supposed to eat on your first anniversary? Well it definitely didn't last a year.... 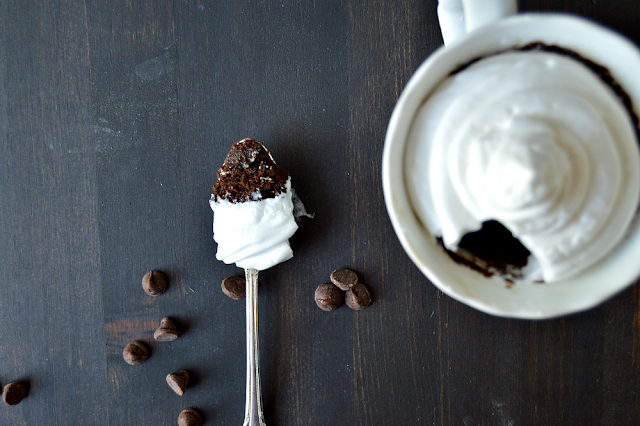 Now although that cake is spectacularly awesome, it's also work, and I'm le lazy. When I come home from work with a major chocolate craving I don't really have the patience to bake a cake. I mean if anything I'm less patient because I haven't had my chocolate fix yet! I need something quick, easy and delicious. Enter: Mug Cake. I've been a little wary of messing with mug cakes because I've heard such horrible baking horror stories about them exploding or just being sad and rubbery. While perusing Pinterest I ran like the most beautiful bowl cake ever by Cleobuttera. It wasn't vegan but with a few modifications I was able to veganize it pretty easily. I played around with the proportions of ingredients until I got a cake that fit very nicely into a standard mug. The result: sheer and utter chocolately perfection. The cake rose to about 1/2 inch from the rim of the cup, so it was the perfect height for topping with fruit or vegan whipped cream! I've tried several different coconut whip recipes and they've just never turned out well for me. I ended up resorting to using the unbaked version of my meringue from my Meringue Nest recipe, but you can use whatever vegan whipped topping you prefer. 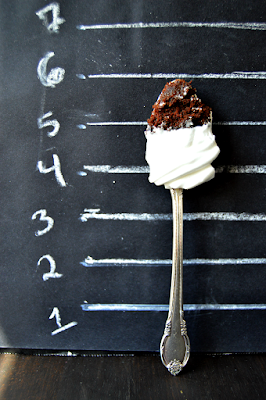 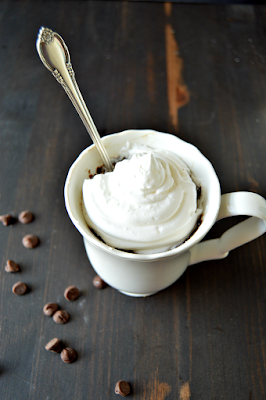 Method
1. In a small bowl combine flour, sugar, cocoa powder, baking soda and instant coffee. Gently stir in soy milk, Ener G Egg, Earth Balance and vanilla extract until a smooth batter has formed.
2. Evenly distribute the batter between two 8 oz sized mugs. Place roughly a tbsp of chocolate chips in the center of each cup. Just allow them to rest on top of the batter; don't press them down. Pour a tsp of water over the surface the batter in both cups.
3. Bake your cake in the microwave for 1.5 - 2 minutes. I find that 1.5 works best for me.

Serve immediately with some fruit or some unbaked Meringue Fluff. 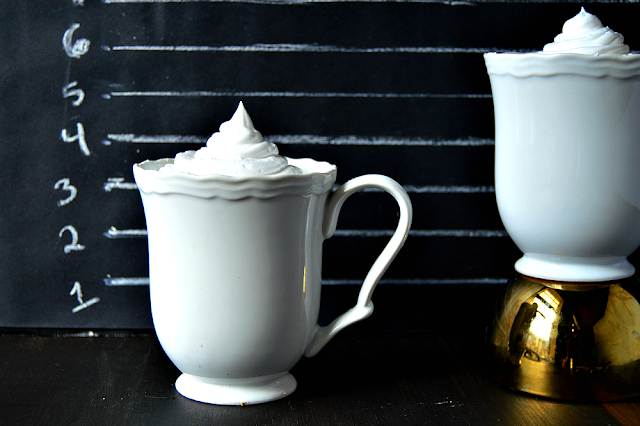